Yikes!  It’s been more than two weeks since my last post…  It’s been a busy two weeks, as my employer has been gearing up for and attending IBM’s Connect 2014 conference in Orlando.  So I’ve had less time than usual to work on my side projects here.  Because of that, I’m going to go outside of my usual format, and recap the conference and some thoughts on it.  These are my personal opinions, so bear in mind the old adage about the ubiquity and quality of opinions… 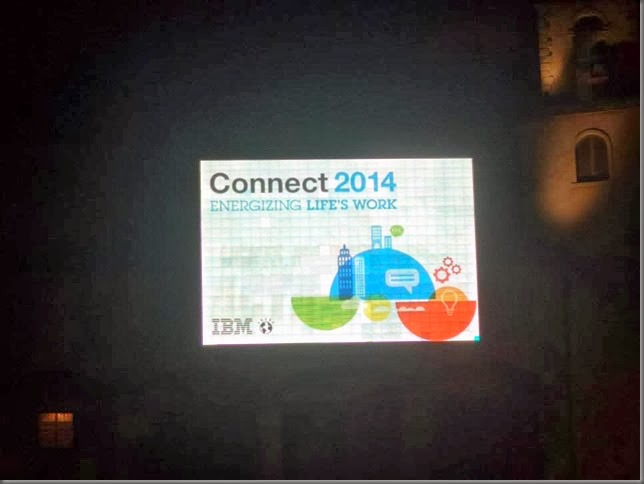 First off, going from the North-East to Florida in January is absolutely fantastic.  It wasn’t exceptionally warm in Orlando while I was there, and in fact was kind of cold and rainy for Orlando, but that meant that the temperature was in the fifties, rather than the teens and single digits, Fahrenheit, like it was at home.  We did get one beautiful day when it was sunny and in the 70s, which was excellent.  It really reminded me how ready I am for spring to come. 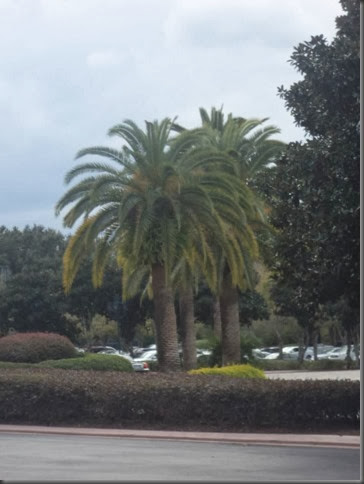 As far as the conference itself, IBM and Disney really do a good job organizing and don’t skimp on anything.  The Dolphin Hotel is very well setup for this kind of thing, with the massive exhibition hall in the basement, where the show floor and booths were located, as well as numerous smaller rooms for talks and labs.  The food was pretty excellent, and the staff was very organized, which was essential, since there were thousands of people shuffling through the buffet lines inside the cavernous dining tent.  The only complaint that I could level here is that the breakfast offerings were rather sparse; I’m accustomed to eating something more substantial than a Danish or some cereal to start the day. 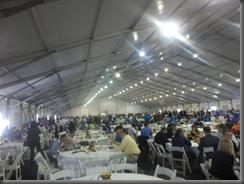 The show floor was much better organized this year than last.  Last year, my company and a number of other independent software vendors attending the show were sort of shunted off into the corner of the expo hall, and in general, there wasn’t all that much flow, and the the layout made the show look somewhat sad and half-empty.  I didn’t get a good sense of whether there were more exhibitors this year, but it certainly felt more lively.  My company uses this show primarily as a way to connect with customers face-to-face and to generate new leads; I think we did better than our expectations in that regard.  We were part of a promotional contest to drum up some extra traffic, but for the most part, people who came by to get their contest form checked off stayed to hear our product spiel, and more often than not showed some interest in our products. 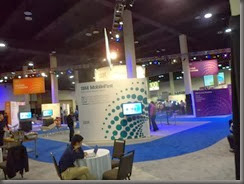 Beyond the show floor itself, it was also very nice to be able to have access to some of the developers for the IBM software and SDKs that our products are built on.  We’re primarily based around the SameTime IM platform, so we managed to get some very good information on some less-well documented aspects of the product that should help us moving forward.  Two things in particular: one, unofficial confirmation that our helpdesk click-to-chat application would probably work with IBM’s cloud-hosted flavor of SameTime, SmartCloud. Second, I managed to talk to William Holmes, one of the engineers who developed a REST API for SameTime, to determine how we might upgrade one of our legacy products to be able to run on iOS devices, since it currently uses some SameTime Java applet widgets, and Java is a no-go on iPhones and iPads…  Apparently, there is a very rich JavaScript library that is included in the SameTime SDK, from version 8 onward, that we might potentially use, and it looks pretty nifty, at least on the front-end side.  It’s apparently somewhat of a bear to get the back-end server API that this library talks to setup on your SameTime server, since it’s WebSphere.  But, at least it gives us a starting point to investigate, and may save us the work of wrapping the SameTime functionality we need in our own home-brew web service.  Another interesting thing is that this library is built using Dojo, which I was unfamiliar with; we usually default to using JQuery.  Although it looks as though we might be able to make use of the functionality without using Dojo as well.

It’s incredibly helpful to have access to the developers begin the products that you are using.  Honestly, the IBM developer documentation on the web is crap…  For whatever reason, Google doesn’t seem to have indexed those pages very effectively, and the quantity of information on sites like StackOverflow regarding IBM SDKs and APIs is pretty slim.  Having connections with the people who can actually get you answers directly, rather than having to navigate the levels of support forums cuts out a lot of the delay and frustration.

As far as the overall message from IBM regarding the future of the products that we use, I am a little less clear.  I attended most of the general sessions, and found them to be directed more towards C-level executives than towards software vendors and IT staff.  The focus seemed to be more on the sort of abstract business value of using IBM services and consulting than on the nitty gritty technical details.  This seemed a little odd to me, since my anecdotal experience would suggest that most of the attendees lie more on the spectrum of IT professionals and managers, rather than those who would have the cachet and power to implement those kinds of sweeping changes to the overall business processes within their organizations.  Of course, I am a software developer, so my focus is a little more low-level; I write code and work on improving our products.  I don’t really get the whole social business push, and I am still trying to understand what the benefits of using something like IBM Connect and the other sort of enterprise Facebook-esque products that seem to be all the rage these days are.  Honestly, I am a little leery of some of the directed advertising approaches presented, based on heavy data-mining and analytics.

I am also somewhat disturbed by the concept that seemed to be pushed pretty hard that work is becoming a 24/7 activity.  I think part of this is my blue-collar upbringing, in a culture that is more aligned with the old, manufacturing-based world.  To my mind, work and non-work time are definitely segregated; I’ll admit that I will occasionally take my work home or catch up on email, if it is really pressing, but to my mind, I am being paid for the 40 hours a week that I am in the office.  Obviously, my line of work is fundamentally different from the kind of work that my father or grandfathers did, but I still think that a clear demarcation between work and life is important and healthy.  I believe that I work to live, rather than live to work… 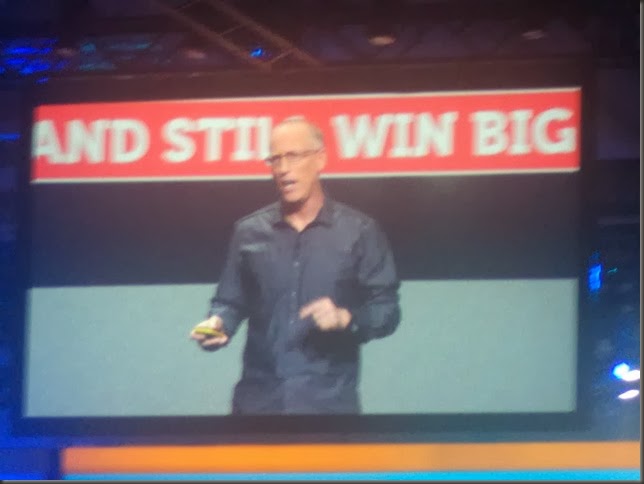 I was very happy that Scott Adams was able to make an appearance and present some of the material from his latest book, How to Fail at Almost Everything and Still Win Big.  I’m a big fan of Dilbert and his presentation of the absurdity of corporate technology, although I am fortunate to work in a small company that avoids most of the excesses cataloged.  I would highly recommend grabbing the book on your Kindle, if you’ve got one; it’s a quick read, and I think there is a lot of valuable material presented therein.  Life is increasingly complicated these days, and anything that you can do to decrease that complexity and develop systems to ease your navigation of life’s complexities is very valuable.  On the whole, I find his idea of using systems and routines over setting goals to be very fruitful; willpower is certainly a finite resource, and, being a routine-oriented person at heart, this idea really speaks to me.

Well, I hope you have enjoyed this recap of what I’ve been up to the last couple weeks, and why I haven’t gotten around to post as regularly as I’d like.  I don’t know that I want to get bogged down in more meta discussions, since I admittedly am still something of a novice, and there are enough people spouting their opinions on the internet, most of them with far more experience and insight than this 24-year old whippersnapper, haha.

Next up, I hope to find the time to continue my exploration of Ian Millington’s physics engine book.  It is proving to be more challenging to segment into bite-sized tutorials than my previous exploration of Frank Luna’s DirectX 11 book…  But I did manage to make some considerable headway reading through the material last week while I was stuck in airport limbo, and once I manage to work my way through the code for the mass-aggregate and rigid body iterations of the physics engine, things should get more interesting.